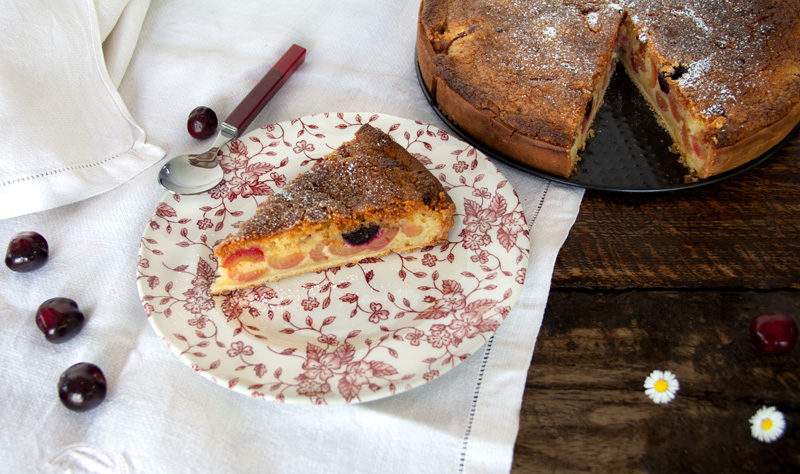 It’s with a bit of apprehension I start this new section “recipe” for the blog. I start thinking about the section a way before we came back in France but I didn’t have that much of nice set for pictures. So I was patient enought, I kept my recipes and improved them on my friends to share at best with pretty pictures.

I did this recipe for the first time in New Zealand for a cafe where I worked and the clients were positive about the tarte, on top of that when we came back in France, cherries in the garden where almost mature. I didn’t think much and three days after arrived I was picking the cherries. 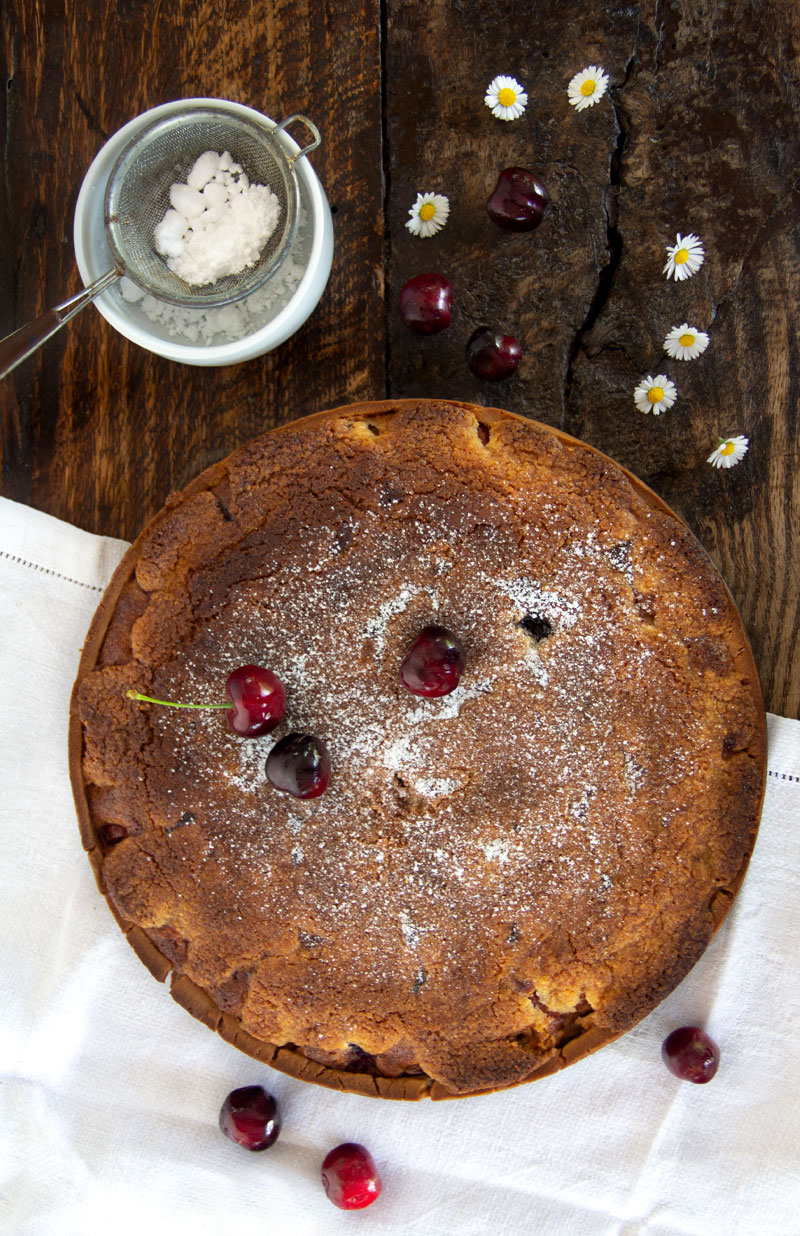