5 April 20195 April 2019
The city was build in 1848 by William Cargill and some Scottish settlers. Dunedin is actually Edinburg’s Scottish name. The two city are twin.
It’s the second city of the south island and the capital of Otago, it has some 118 683 inhabitants with 20 000 student during the year wich do it a dynamique city.
Otago university is the oldest of the country, it was build in 1869 but it stay the second university after Christchurch.

The city developed really fast in 1881 with the gold rush. The demography was more important but knew a big exodus when the vein is drying up. The city stay one of the major city of the south island.

The station and the market

We arrived in town during a Saturday and we found the market, localize in the train station with make the most surprising market we saw in New-Zealand.
Here we found only locals and most of the time organic products, some street artists play in between booths, the atmosphere is really peacefull and you forget the city behind you.
We were really surprise when we discover at the entrance of the market a little booth where you can pick a cup and give back at the end of your shopping, to avoid to use the single-use cup from the food truck.
Well, we were really touch by the spirit and the place of the market. 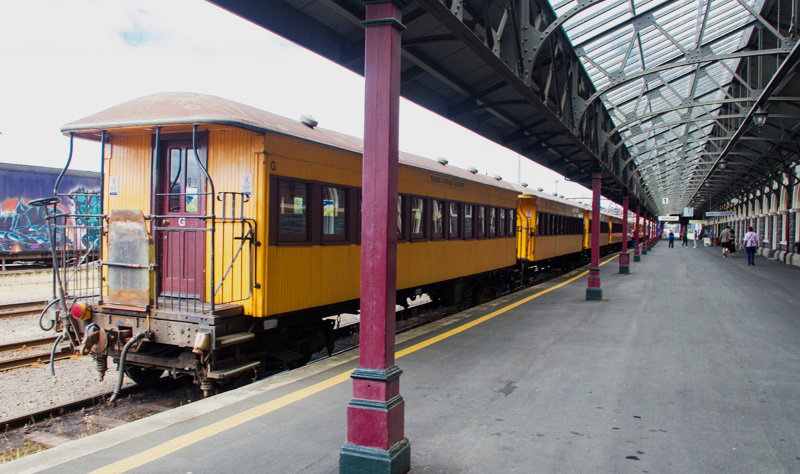 Because of one of the part of the market was in the train station we decide to visite it. We walk along the platform to arrive inside. We were a bit lost, the place is really small inside but it’s majestic, the tiles and the fresco are the witness of the rich story of the city. Its Edwardien’s style give it a particular architecture and it’s apparently the most photographed monument in New-Zeland. It’s one of the most beautiful train station we saw for now and definitely a big tourist attraction. 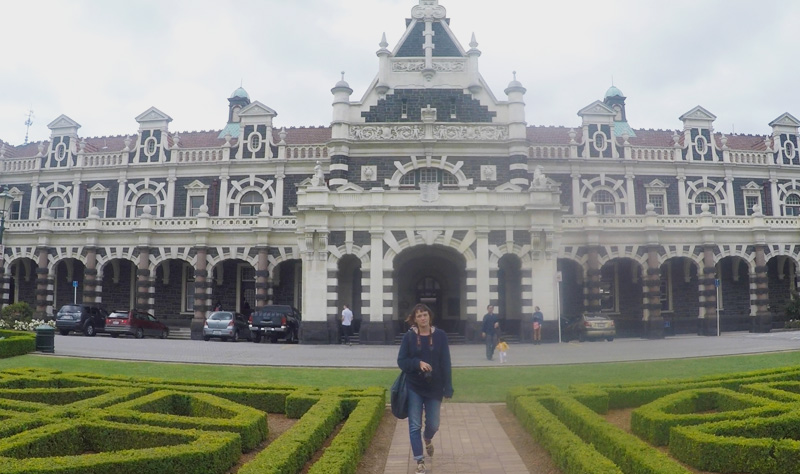 From the train station take Georges Street, the main street which will take you to the octogonal place, make a stop in the information center to ask for the street art trail map. It’s a nice way to discover a city and the architecture, Art deco or more modern. The oldest buildings you can see are often with a touch of Scottish or victorian style, like the oldest church in the city, the First Church. 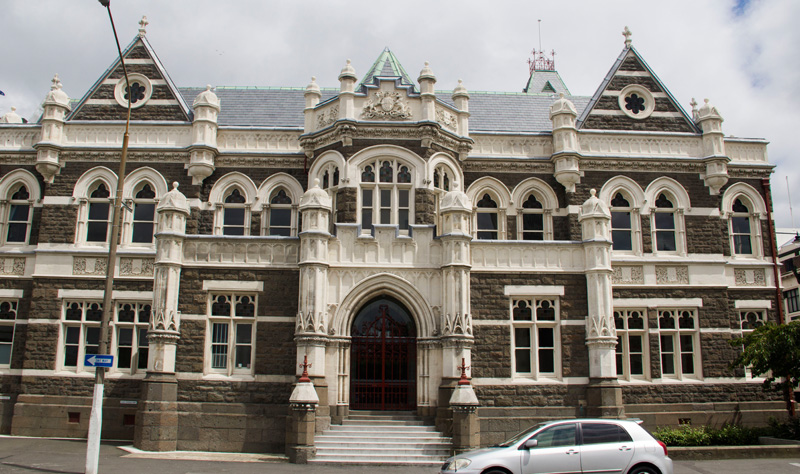 The street art trail is a good way to discover the place to be for the locals and see in a different way the city. The small streets become a touristic place when they are most of the time forgot. You will spend approximately 1h30 to discover the 27 fresco everywhere in town and enjoy the map is free. 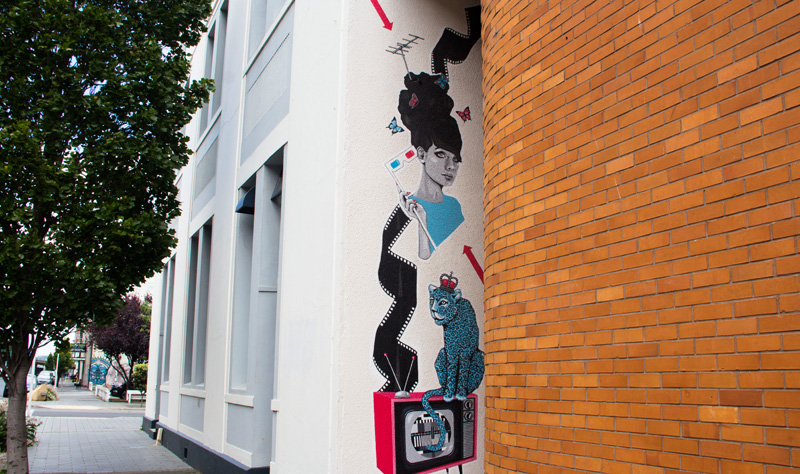 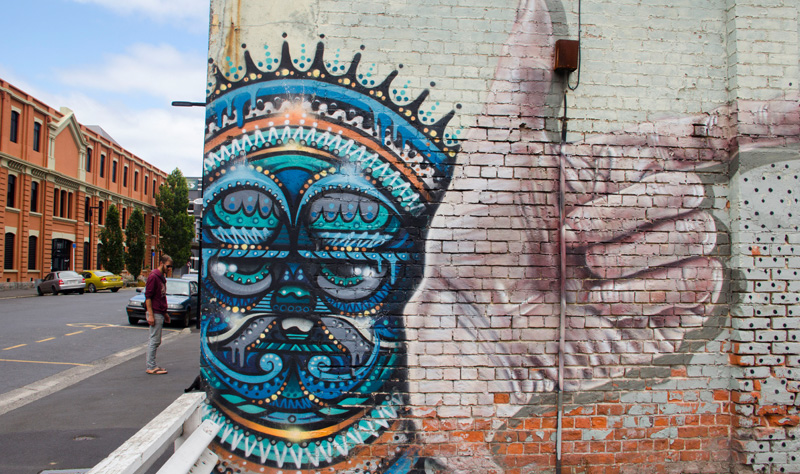 Just in front of the information center jump in the futur and go to see the crazy project of the development of Dunedin’s harbor. An extremely modern project to re-develop the harbor environment.
An other interesting fact, you can find the steepest street in the word, if you wish to spend a little time we can only advise you to take the time to climb Baldwin Street. Don’t panic if you are tired in the middle way you will find a bench to rest.

We stayed just a day around Dunedin and we couldn’t do all the activities the area offer. Just to let you know outside of the town, few minute drive, you will can admire the albatros fly, the beautiful Sandfly beach and the sea lions soak in the sun. If you are lucky you will probably see some penguins, the yellow eyes or the blue pengouins, the pygmy penguin with 43 cm. When I say lucky I mean if you are in the area during the good time of the year. 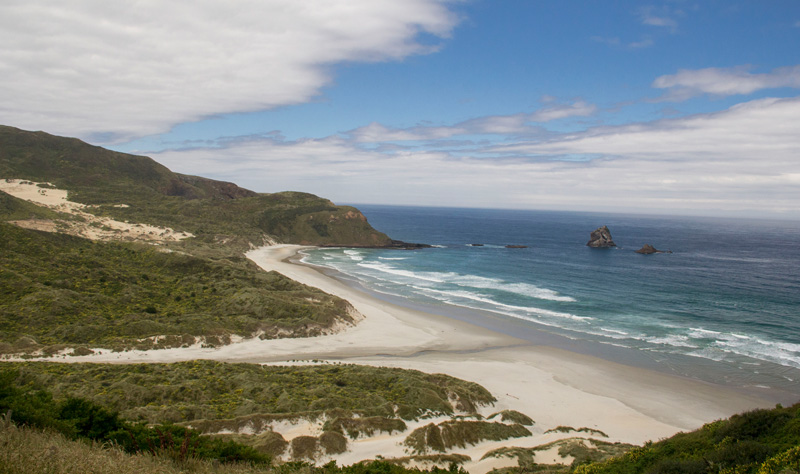 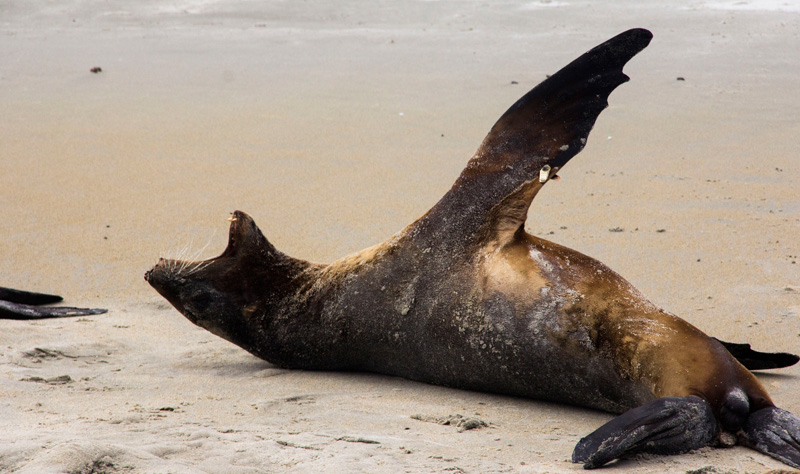 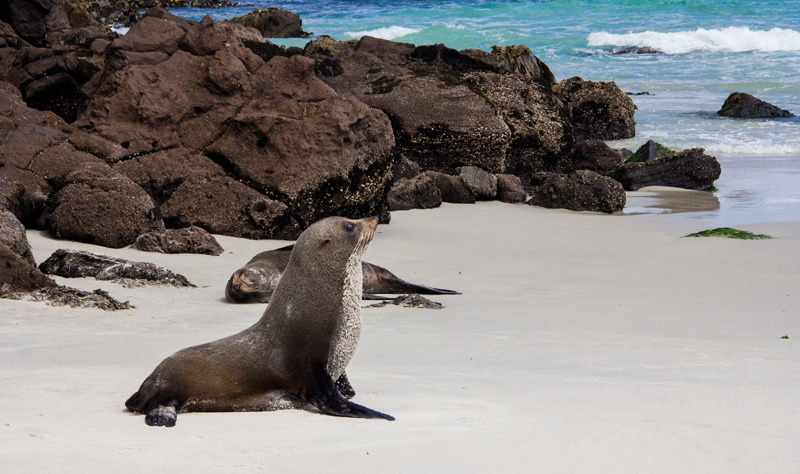