25 January 201925 January 2019
Happy new year everyone we are still in January so I can continue to say it, I hope you had a great time.
I come back here with pleasure, I left the blog for a little while, not really motivated but it’s a new year, new country and new discoveries. So I’m actually ready, full of new articles, pictures and adventures I want to share with you.

We have landed in New Zealand since October arrived in Christchurch from Brisbane, 3h fly and 2h time zone difference. Now that we have bought a van, opened a bank account and ask for my IRD (worker number), we finally are ready to discover the country.

New Zealand it’s 268 680 km2 divide in two main islands and a lot of small ones. It’s also 4 725 487 peoples mostly located in the north island, the south island has the reputation to be wilder and with fewer people.

We chose to start with the south island and we didn’t have much choice but to land in Christchurch, as we wanted a place where everything could be easy for administration paper.

Christchurch is the second biggest city in New Zeland and the first in south island with 341 469 peoples.
The story of the city is quite tragical. In 2011 a first earthquake hit Christchurch and 185 casulties are reported, a few months later a new one caused the destruction, partial or total, of a lot of buildings and the government was forced to abandon a part of the city. 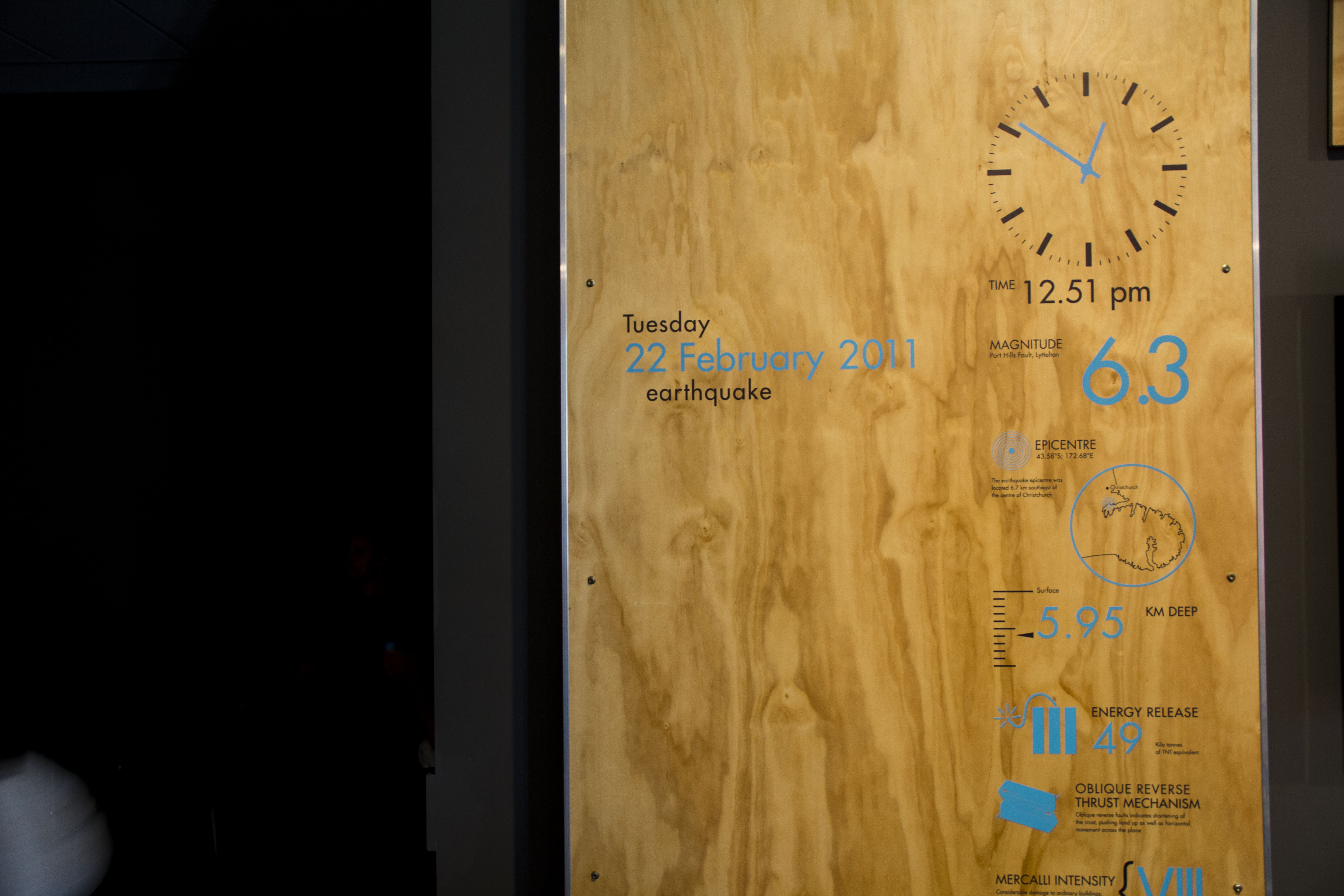 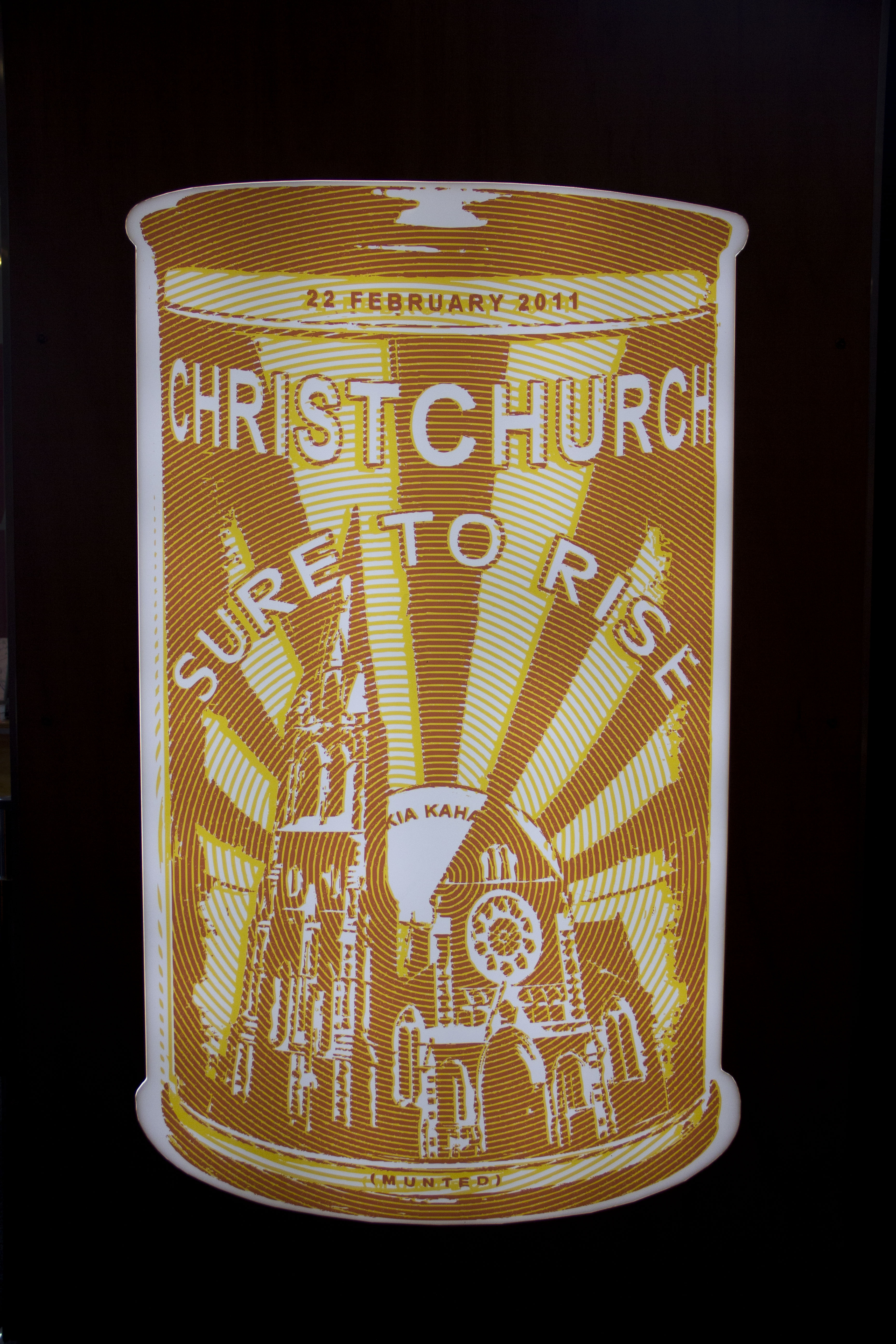 The oldest buildings are still holding with metal structures, waiting to be renovated such as the Cathedrale. To face those destructions, some new projects have been created like the cardboard cathedral of Shigeru Ban, supposed to be temporary at the beginning but which finally became permanent. One of the famous monument in town. 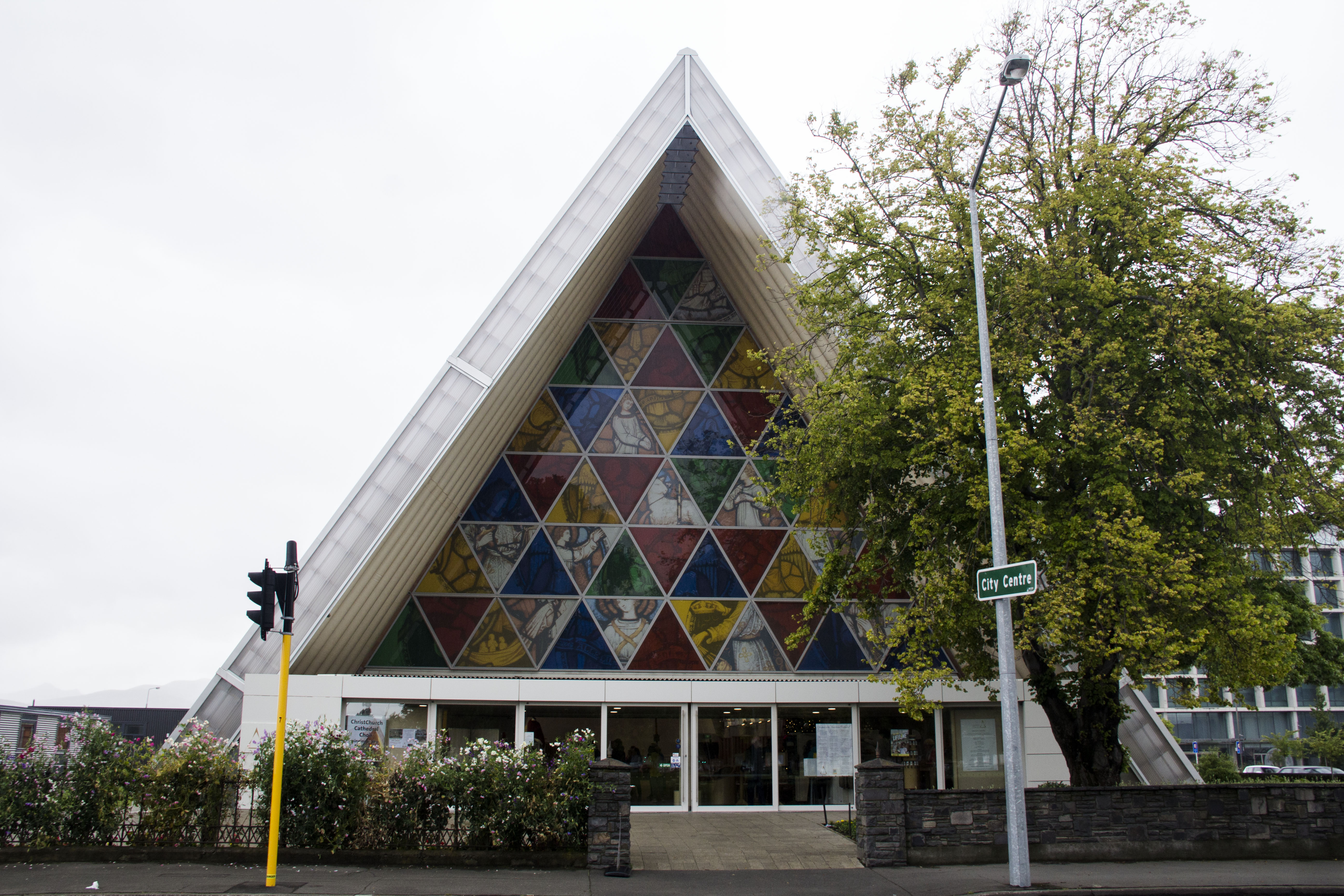 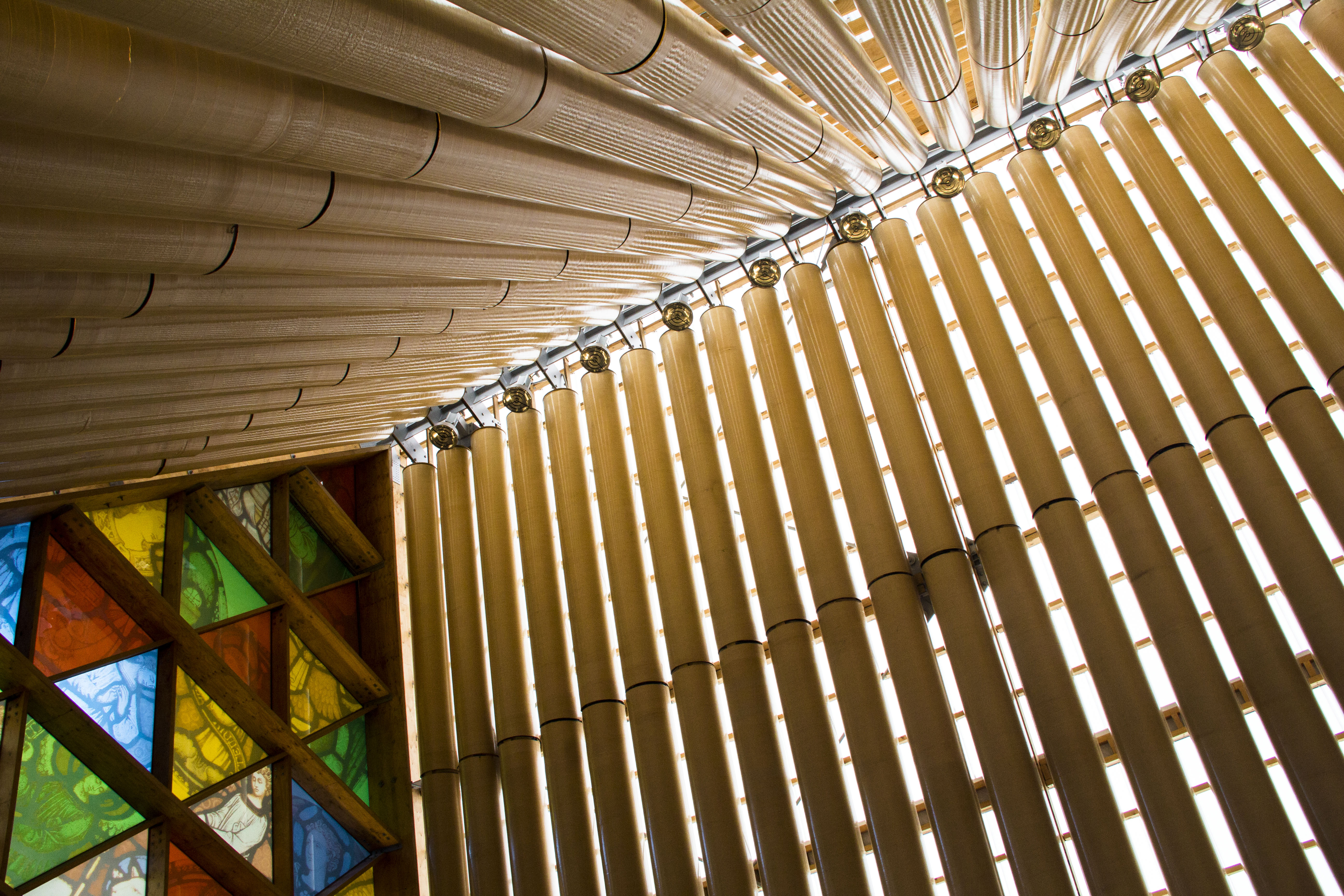 The Art Centre of Christchurch is a perfect example of the rebirth of the city. Located in the 1877 old building of the Canterbury University, the art center comes back to life slowly after being damaged by the earthquake in 2010 and 2011. Here we can find a lot of little shop with locals artists and products, some places to eat and of course some area for artistic creations.

The town pushes the artists to fill up the gap and hide the scars left by the earthquakes. Street artists had walls to play with and now the city looks like a permanent exhibition. The colorful fresco are huge and almost everywhere like if the renewal of the town had to be also with the color and the art. 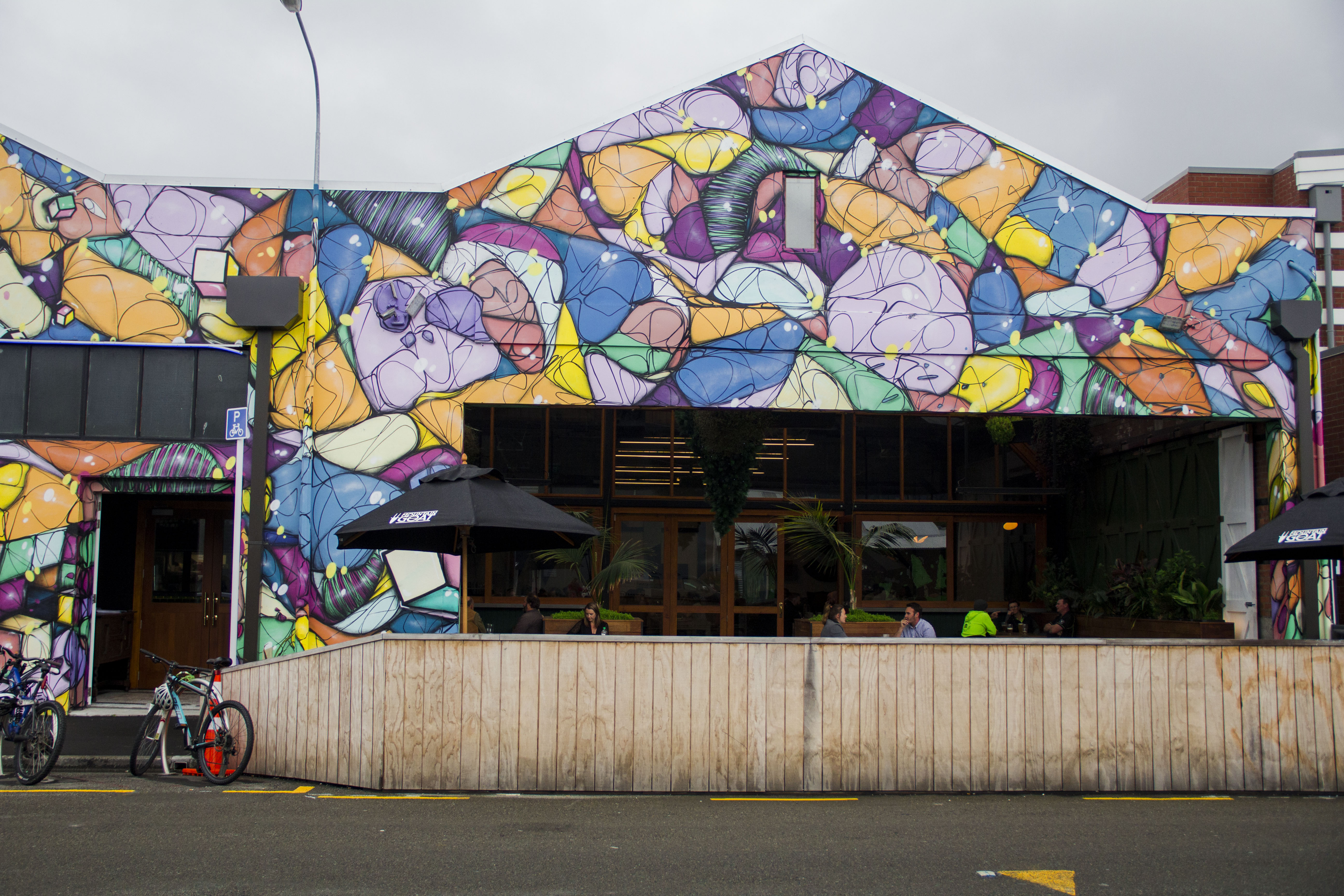 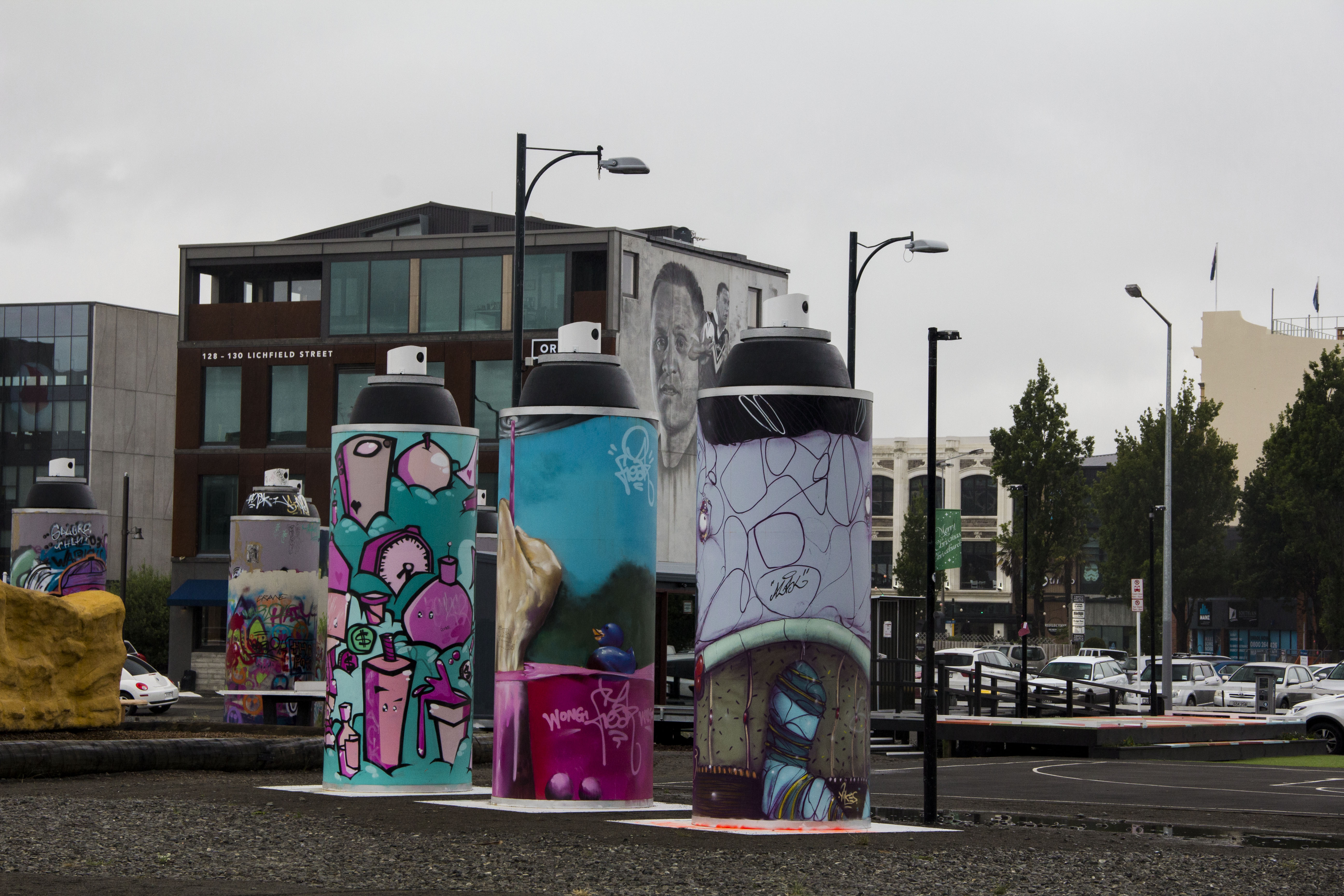 We didn’t like that much the city at the beginning and left quite quickly once we bought the van. But hopefully we had the chance to came back, even if the weather wasn’t good, we tried to enjoy as much as we could the city and the hidden quarters. A bit like BOXed quarter, a building created with glass cubes and street arts fresco, where you can find restaurants, cafe and companies. The place is colorful and friendly, really modern. One of the projects to rebuild Christchurch. 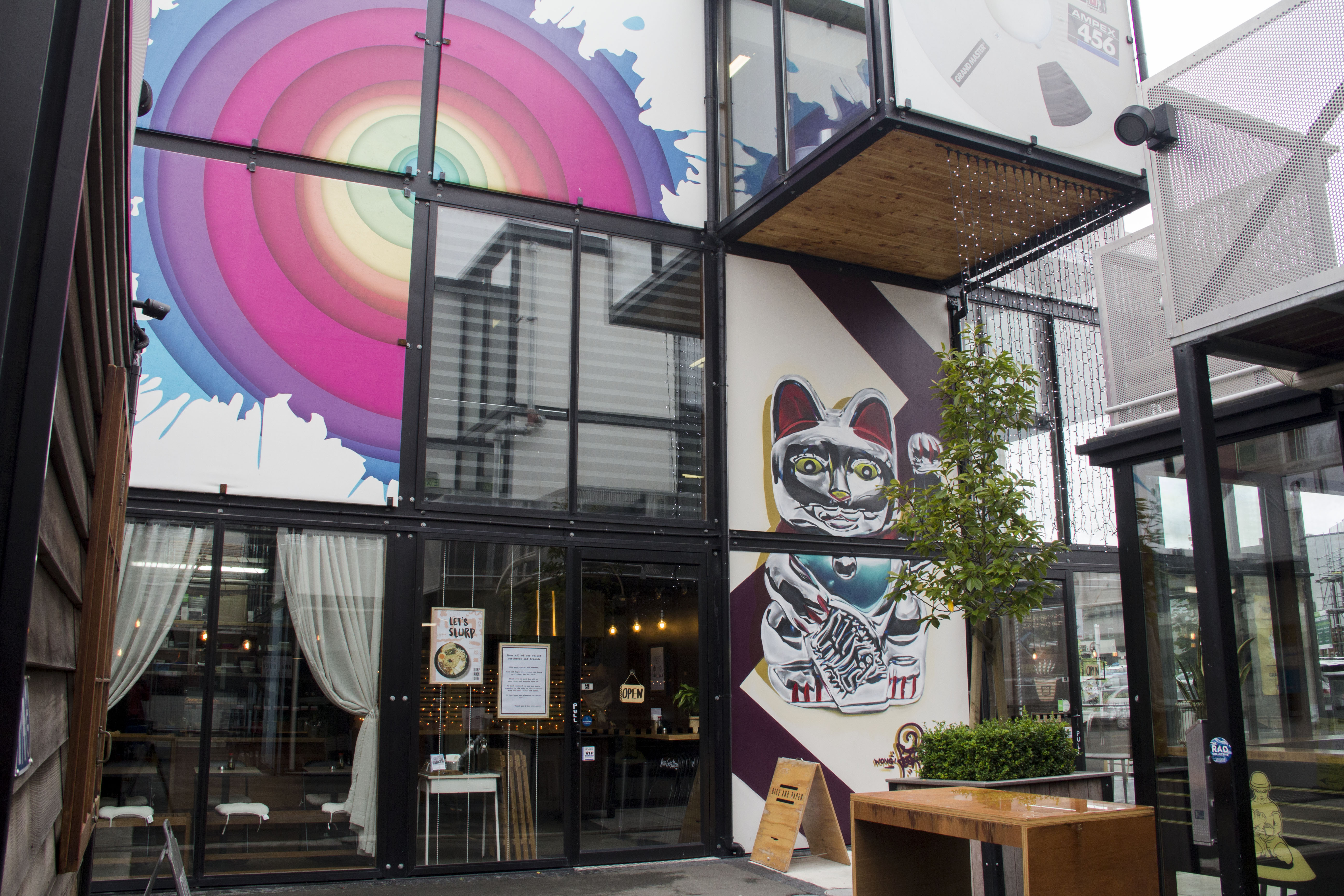 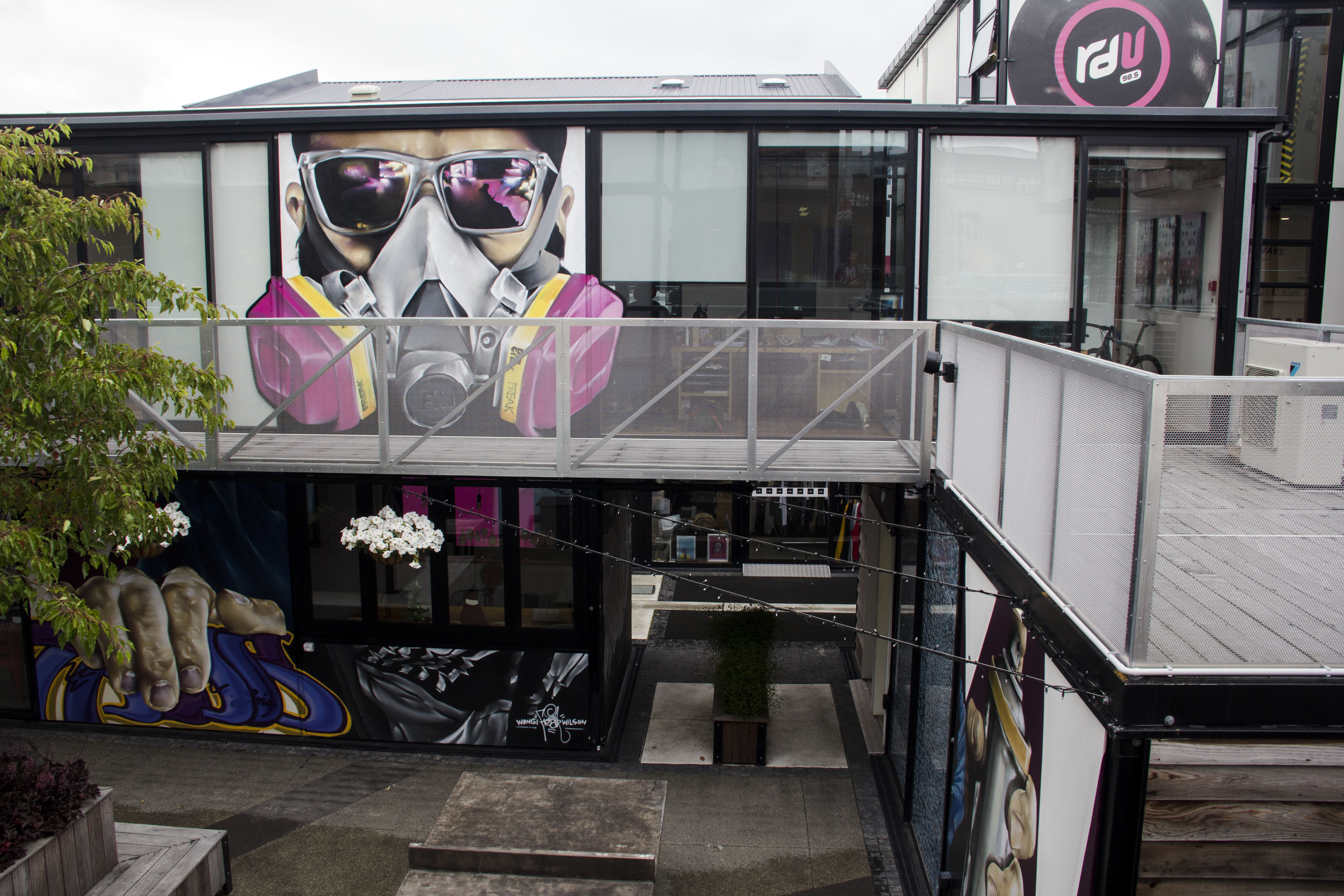 I wish you a beautiful year with love and happiness.

Hello Sunday: a tiny restaurant in the middle of nowhere but where you can find a warm atmosphere and whose the dish are beautiful on top of being good.