19 May 20178 October 2018
After driving the Nullarbor we met a friend at Adelaide with who we travelled for almost a month. It was the first time that we travelled for such a long period, with 2 campervans and it was a really nice experience. For our trip we planed to follow the coast line towards Lakes Entrance. 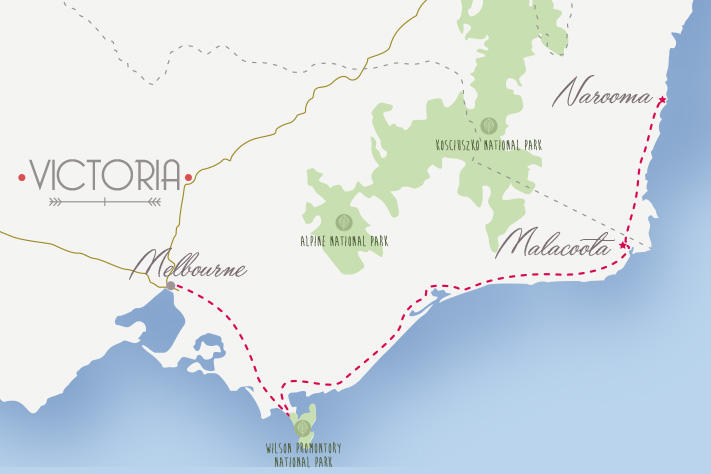 We left Melbourne and on our way we had a break in a small town and after some conversations we heard about the Wilson Promontory national park. from what people told us, the park was really beautiful and couldn’t be missed. So we changed our original plans and decided to go to “Wilson Prom”. 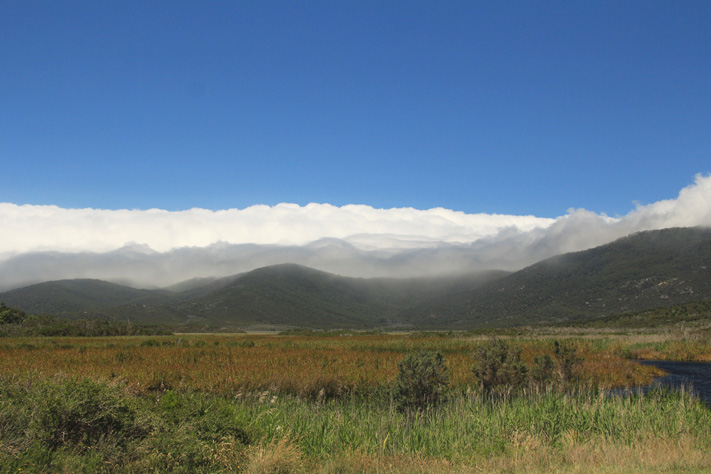 The park is at 157km South-East of Melbourne. It’s classified by UNESCO in 1981 and we understood why when we walked in the park. When we arrived, we were afraid to have cloudy weather. Finally the park is surrounded by mountains, so clouds were stuck on their top, making it look like a fluffy “avalanche”. It was so nice to be on the beach with in front of us a pitch blue sky and behind us these big white clouds. 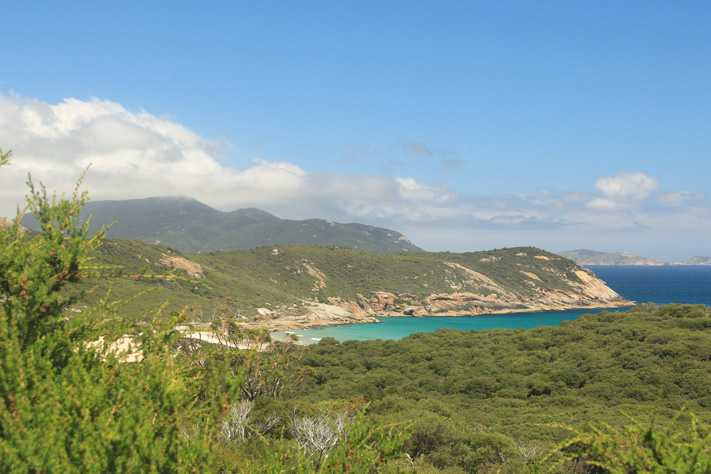 For the history, George Bass was the first european to discover the promontory and with Matthew Flinders, they suggested the name of Wilson Promontory in honor of Thomas Wilson, an english trader and Flinders’ friend. It was before 1898, a place where the european people could hunt seals, whales, and cut wood. In 1908 the status of the park became permanent. 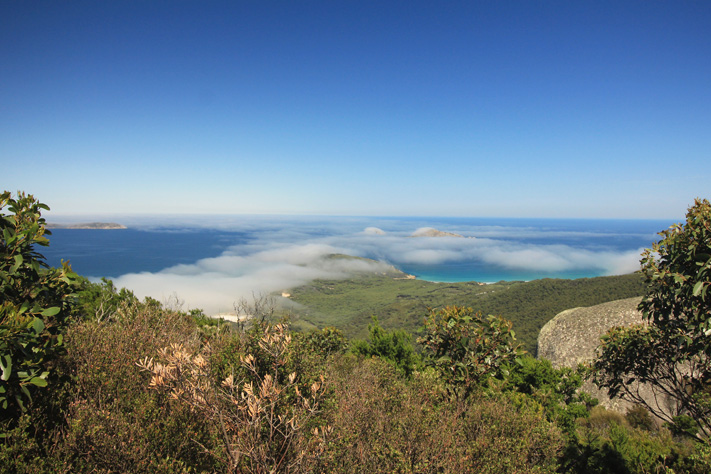 It’s possible to discover the park thanks to many hiking tracks. For us, we wanted to go higher to have a clear view of what was surrounding us so we decided to climb the Mont Bishop hike. It’s a pretty easy walk, even if it took us some time because of a number of break for a taking photos! The hike itself was nice, but the view at the top was even more amazing! 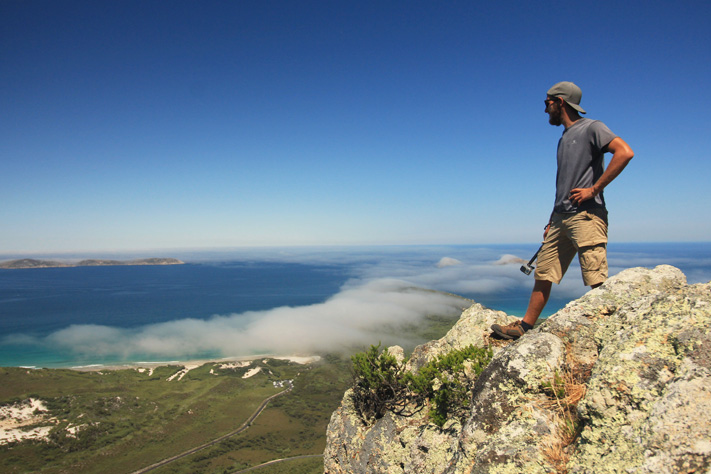 Good to know:
In the park you can find a big caravan park and camping with all the confort and even a cinema during the holiday. Free entrance.

Mallacoota and the Genoa Peak

After The Wilson Promontory, we were well left to continue our small hikes in height to admire the landscape. On our way we had the possibility to go to the Genoa Peak. Unfortunately when we arrived close to the peak it was too late for the walk, we followed the road to go all the way to Mallacoota. We were really surprised when we arrived in town. We had the impression to be in a camping-city. The information center wasn’t really useful as not able to give us any information about the hike itself.
The lake part inside of the city, the sandbank between the lake and the sea and the forest around the town were themselves very nice.
We found a spot where we could sleep, in front of the sea and where we saw dolphins playing in the waves early in the morning. 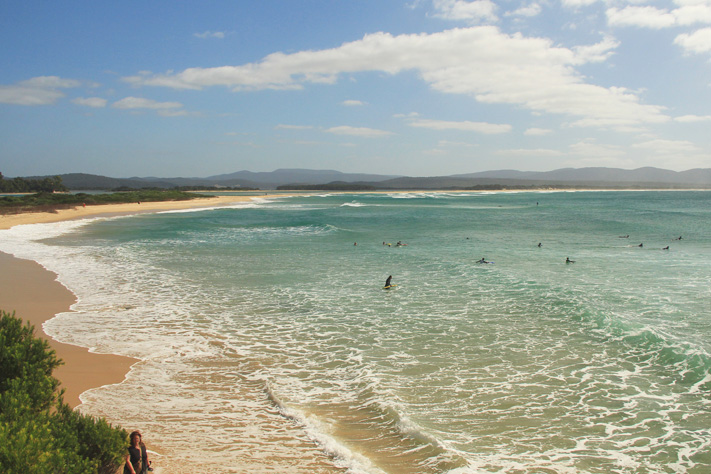 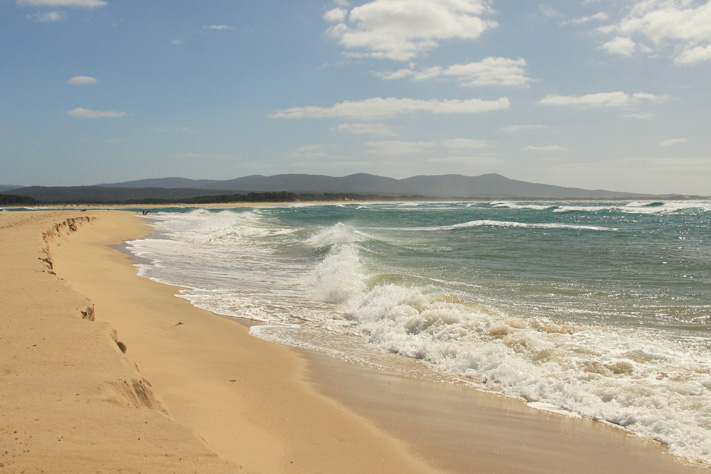 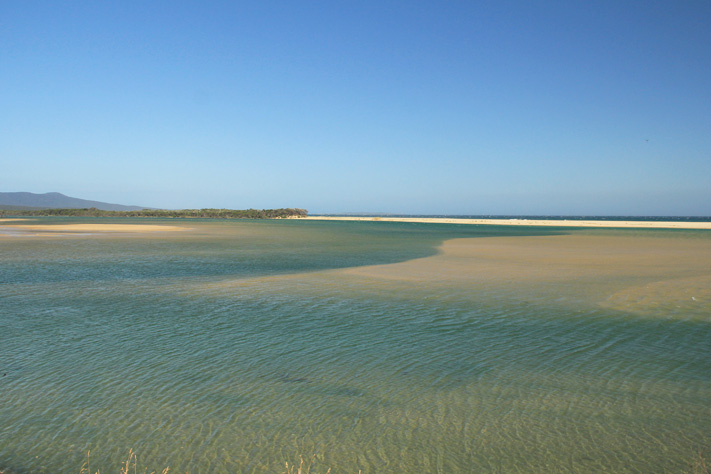 Finally we went to Genoa Peak in the middle of Croajingolong national park the following day. To access the main carpark you should drive on the bumpy dirt road. The hike starts here, in the middle of the forest. 1,5 km return, 2h walk to the top of the peak. We were unlucky as the light and weather were not at their best to enhance the landscape, but we were proud to do it. 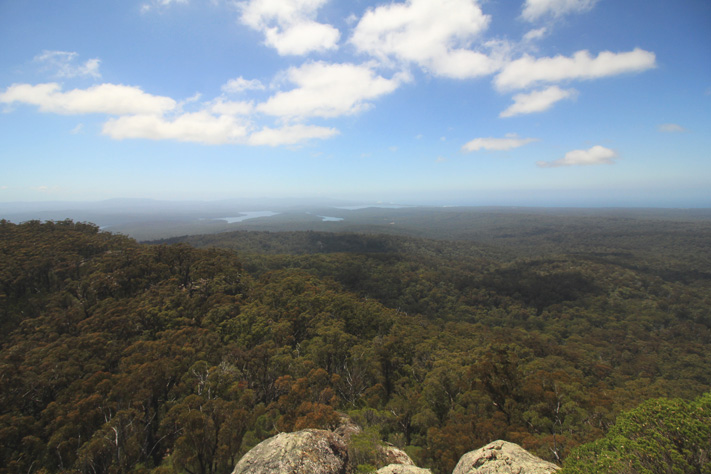 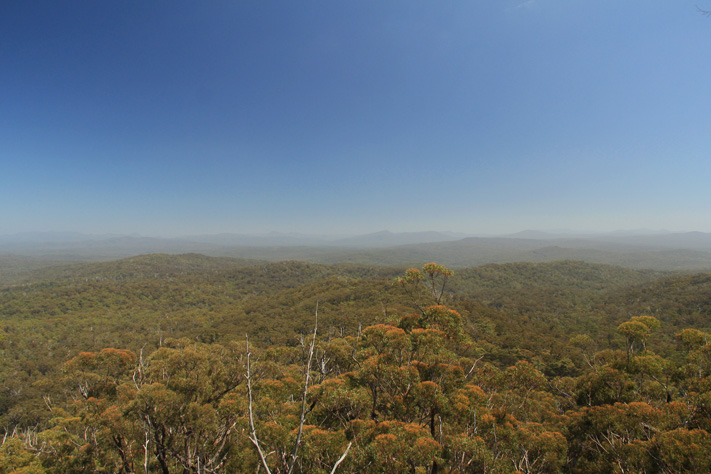 Good place:
Lucy’s : a really good asian flavor restaurant. We really enjoyed it, and you can find on the menu a lot of dishes based on their famous handmade noodle.

The town of Narooma really didn’t stay in our memories except for the seal colonie. It’s, I think, one of the reason why the people stop here. It’s possible to see a quite big colony of seals close to the port. It was the first time for us that we saw wild seals. We were glad to observe them so close. 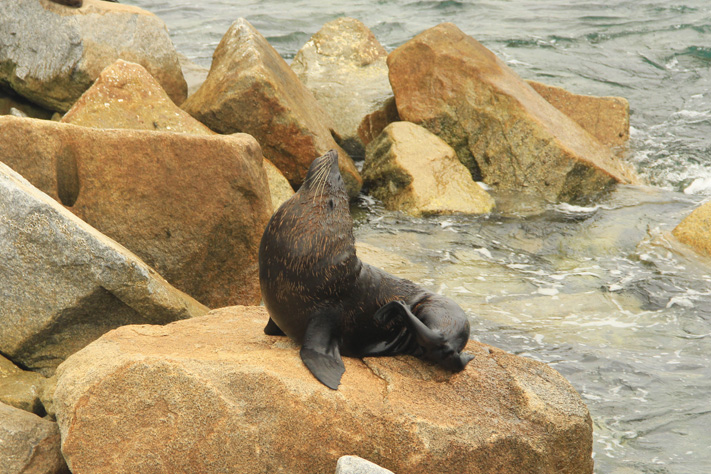 Good place :
Blue water seafood : Fish and chips at 9 dollars, really good and 15 dollars for the fisherman basket with different fish inside. 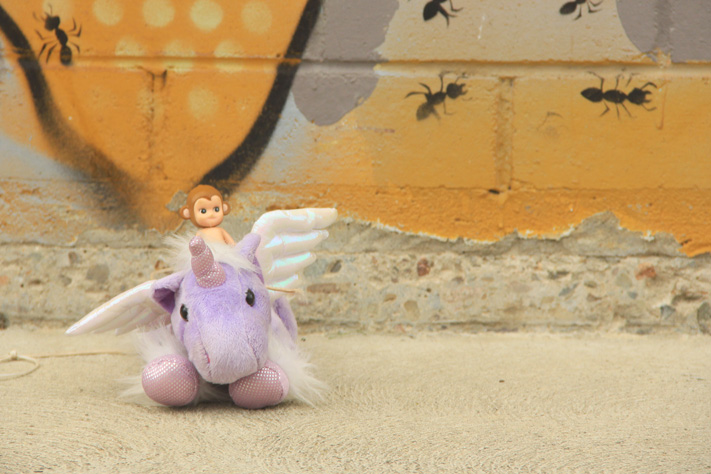 After driving the Nullarbor we met a friend at Adelaide with who we travelled for almost a month. It was the first time that we travelled for such a long period, with 2 campervans and it was a really nice experience. For our trip we planed to follow the coast line towards Lakes Entrance.

Mataranka and the beautiful hot springs

On the great ocean road