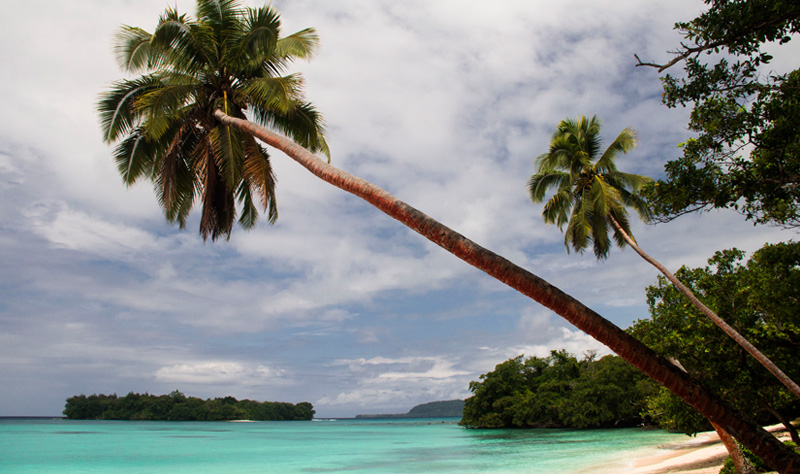 1 November 20181 November 2018
Espiritus Santo is the biggest island in Vanuatu with 3955,5 km2 and the second one with the most habitants after Efate. Luganville is its capital and also its only city. Its name come from the Portuguese Pedro Fernandez de Quiros who in 1606 discovered the island and named it « Austrialia del Espiritus Santo » thinking he found Australia. The name means « Holy Spirit ».
The island was an important USA military base during the Second World War, with the construction of an airbase in 1942 .

We spend almost 10 days on Espiritus Santo and even if the place is really nice it would have been possible to visit most interesting places in 4 days only.

Originally a luxury cruise boat built in 1931, 198m length, with a capacity of 990 passengers and 324 crew members. The US military requisitioned it in 1941 to evacuate 1000 American soldiers and then was converted into a troop transport boat during the Second World War.
When the boat arrived in Luganville’s protected harbor and because of bad communication, the captain drove the boat right on the submarine mines who were protected the island from the Japanese attacks. The boat hit 2 mines, the first on the engine room area which killed a man and the second a little more on the back of the boat. The captain had just the time to sail the boat near the beach and ordered the evacuation of the 5342 soldiers on board, the boat disappeared completely under water in 90 min. The number of death is in between 2 and 5 at the day in function of the sources. 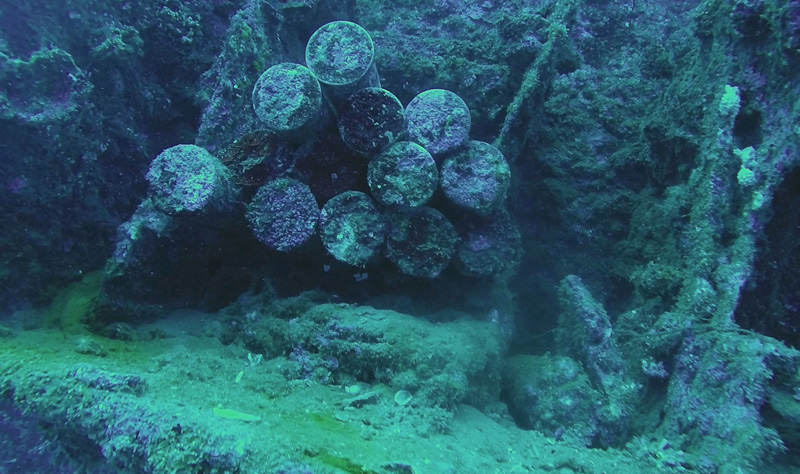 It’s one of the best preserved and most accessible wreck in the world, which starts at 20m to end at approximately 70m deep. We did 3 dive including one by night. I have to say I’m not a big fan of night dive but this one was magic with all the flashlight fish in the pitch black water, it looked like a firework. We did the first dive to discover the Coolidge from outside, to familiarize with the boat. It’s really impressive to see the boat with holes in the walls that lets us see the interior, like the bathroom of sailors for example.
The second dive took us inside the cargo, full of jeeps surprisingly well preserved. I will advise you to do maybe a fourth dive to discover more of the boat interior like the Lady, a vestige of her luxurious era. 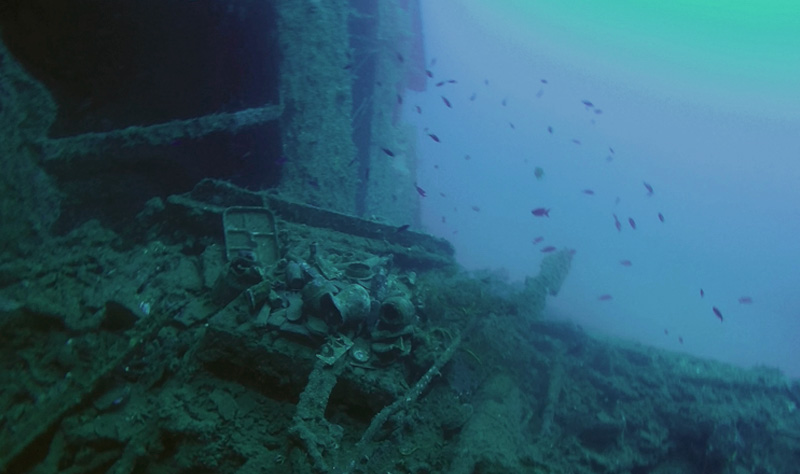 The blue holes and Port Olry

If you decide to go to Port Olry we advise you to stay at least one night over there and to visit the blue holes on the way.
We took a private driver from our resort to go to the village. We negotiated 7000 vtu for 2 and we had to pay the entrance fees on each blue holes. Out of three holes, we visited only two. Riri and Maetevulu, each entrance fees are 500 vtu per person. Riri is certainly our favorite, wilder in its green setting. Maetevulu is the most popular because of is big banyan tree and his rope to jump in the water. There were little more infrastructure in that second one than in Riri.
We had the chance to be alone most of the time and we really enjoyed the water and each site, so quite with just the sound of nature. 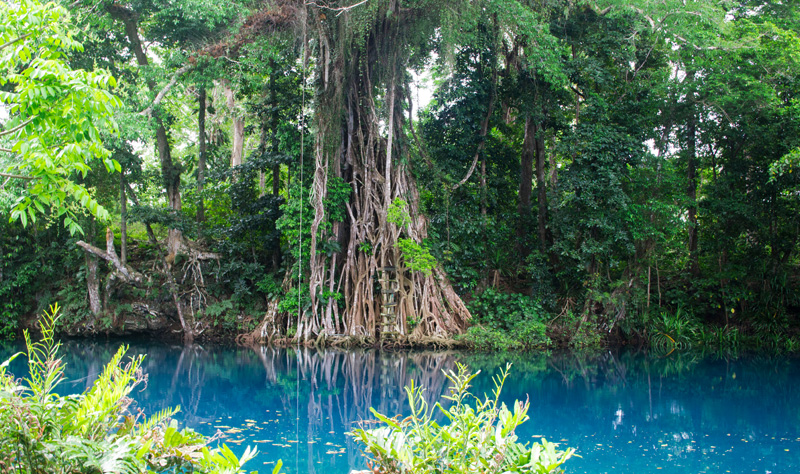 Blue holes what is it?
If you expect a blue hole in the sea, close to the beach you will be disappointed, in Espiritus Santo the blue holes are inland on the riverway where the water is really clear. The hole is actually cavities that have collapsed over time. The contrast in between the blue of the river and the one from the hole, darker depending on its depth is really impressive. In Riri, you can arrive with a canoe and appreciate the landscape along the river. 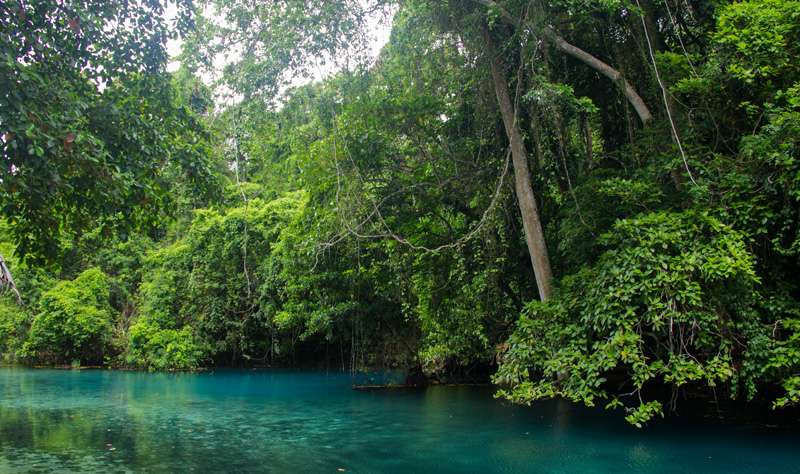 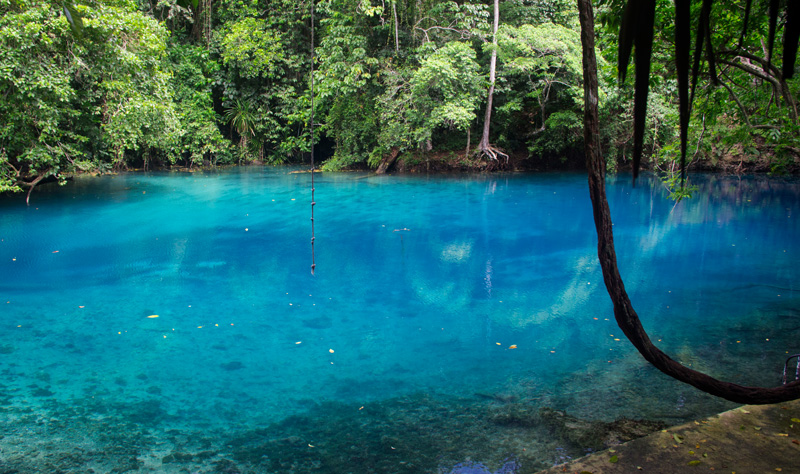 Port Olry
It is said to be the largest Francophone village in Vanuatu with an estimated population of 1300. The village is famous for its green valleys, beautiful white sand beach, and turquoise water. The land is for most the property of the Catholic mission. 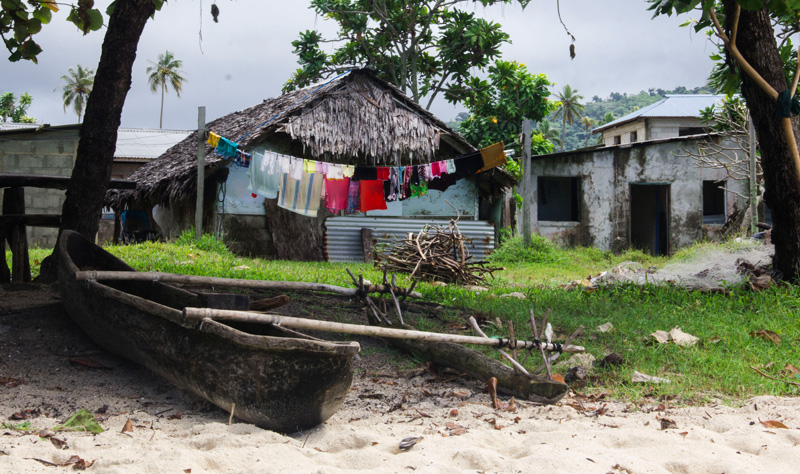 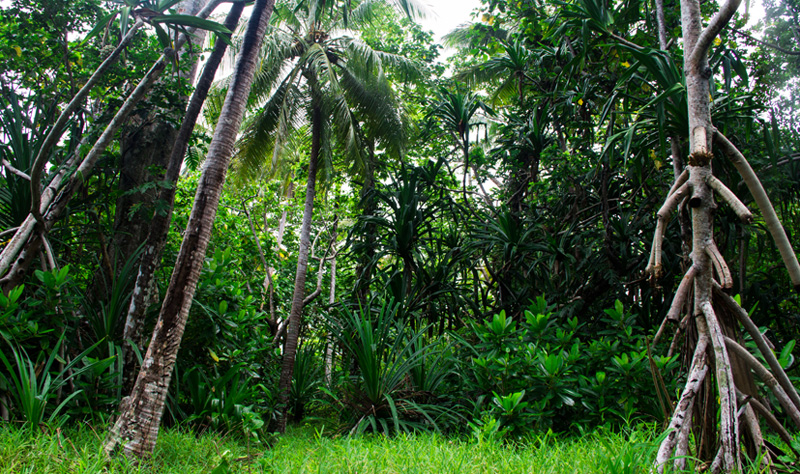 Chez Louis : the place we stayed at in Port Olry but if you ask around it’s almost everytime this address which comes back. We understood why really quickly, the place is stunning and Louis is very kind. He took care of us during 4 days. If we have to describe the place will be blue for the lagoon and green for the vegetation around with the sound of the wave and… that’s it. A peaceful place. Oh I almost forgot to tell you about the coconut crab, absolutely fantastic, I still dreaming about the curry sauce.

Village de Santo : our first resort in Luganville. A little further from the city center, approximately 20 min walk. Out of our budget to be honest so we tried to save a bit of money buying fresh food on the market and cooking it ourselves. We had a good size house with a large living room but just a kitchenette (simple microwave, fridge and kettle to improvised some meals). The breakfast is included in the price and was perfect. The staff is very nice and helpful.

Pacific dive : our dive center, a small office in a resort. Equipement is good, dive masters are more than experimented with at least 800 dives inside the Coolidge each. They now the place like the back of there hand.

Kava bar : you will find its everywhere on the islands, open at night only. Kava is a Vanuatu specialty. It’s completely different from what you may have experienced and tried before, strange taste and sensations. One rule, don’t eat before drink the kava and simply enjoy the experience! 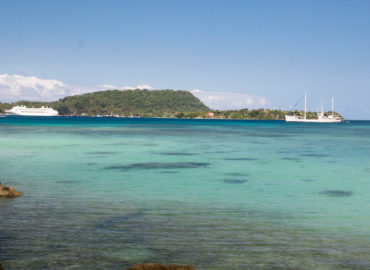